Review and treatment for temple veins

This account is from a 56 year old female patient who suffered with highly visible and raised blue temple veins. The testimonial is in the patient’s own words and charts her progress from first treatment to the final result.

My journey began with my first consultation at the Whiteley Clinic with Professor Mark Whiteley and Vicki Smith of Absolute Aesthetics.

I was very apprehensive but also desperate to find a solution to the network of large blue veins I had on both sides of my temples. Because some of the veins were bulging they were difficult to conceal even with make-up and were really getting me down. 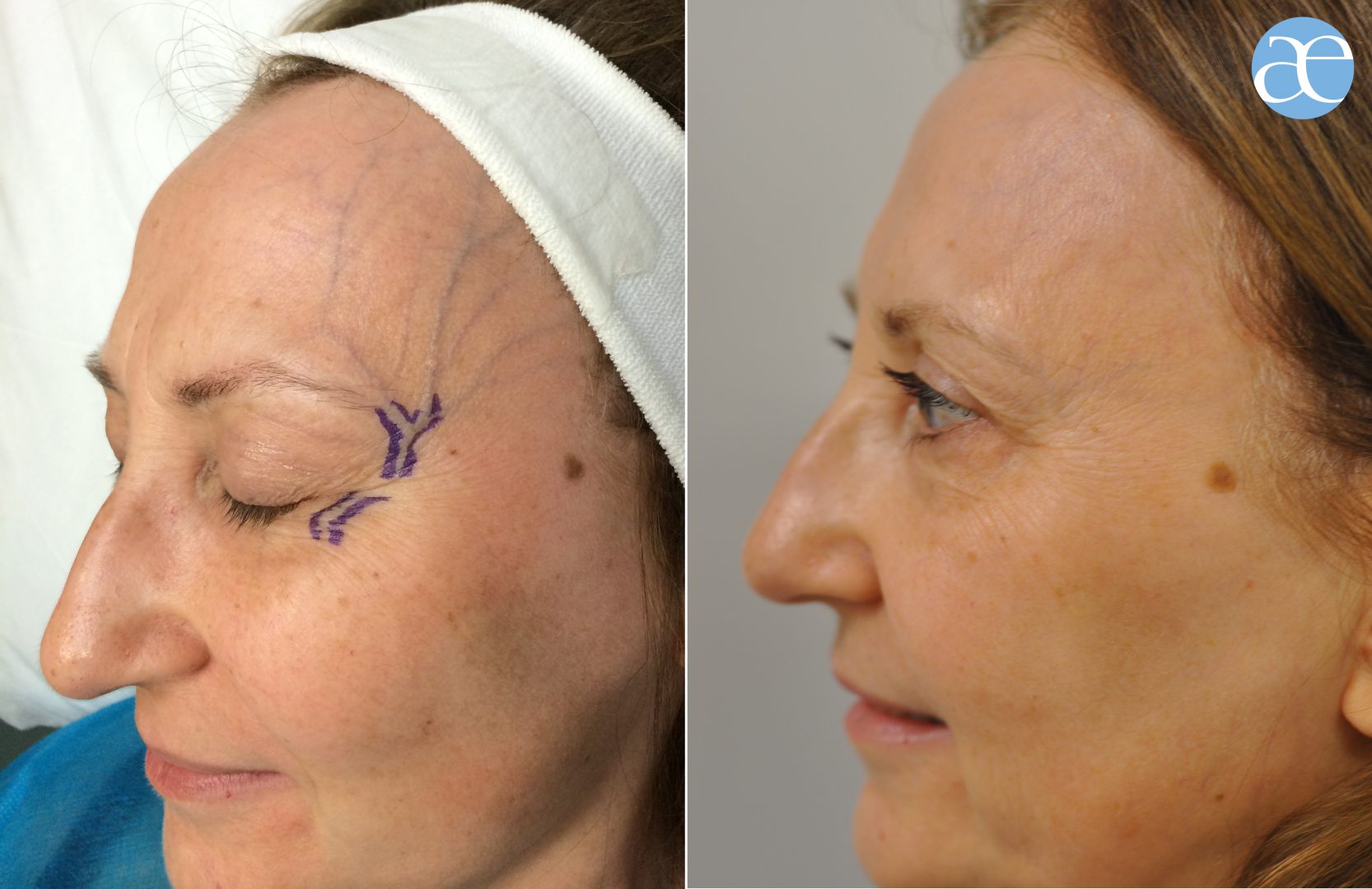 Before & after treatment. The pen markers help guide the consultant during the procedure

After examination, Professor Whiteley explained what he would do and he immediately made me feel comfortable.

Professor Whiteley performed a phlebectomy to remove the large veins and then treated the rest with foam sclerotherapy which made a huge difference but there were still lots of veins that were too small to remove and still difficult to conceal.

I then had Nd:Yag laser treatment with Vicki Smith of Absolute Aesthetics.

During the first month post treatment, I didn’t think that the laser had made any difference, if any. However, in the second month, I noticed that I was using less and less concealer. I would even dare to go out without any concealer on some days.

3 months later, I had my second laser treatment and again the effects were not noticeable during the first month. 2 months later and the results are amazing!

To my relief, there has not been any scarring or adverse effect on my skin either, which I was actually concerned about.

I can now choose whether to wear make-up or not. I have even stopped using so much hairspray to stop my fringe from curling away from my face. 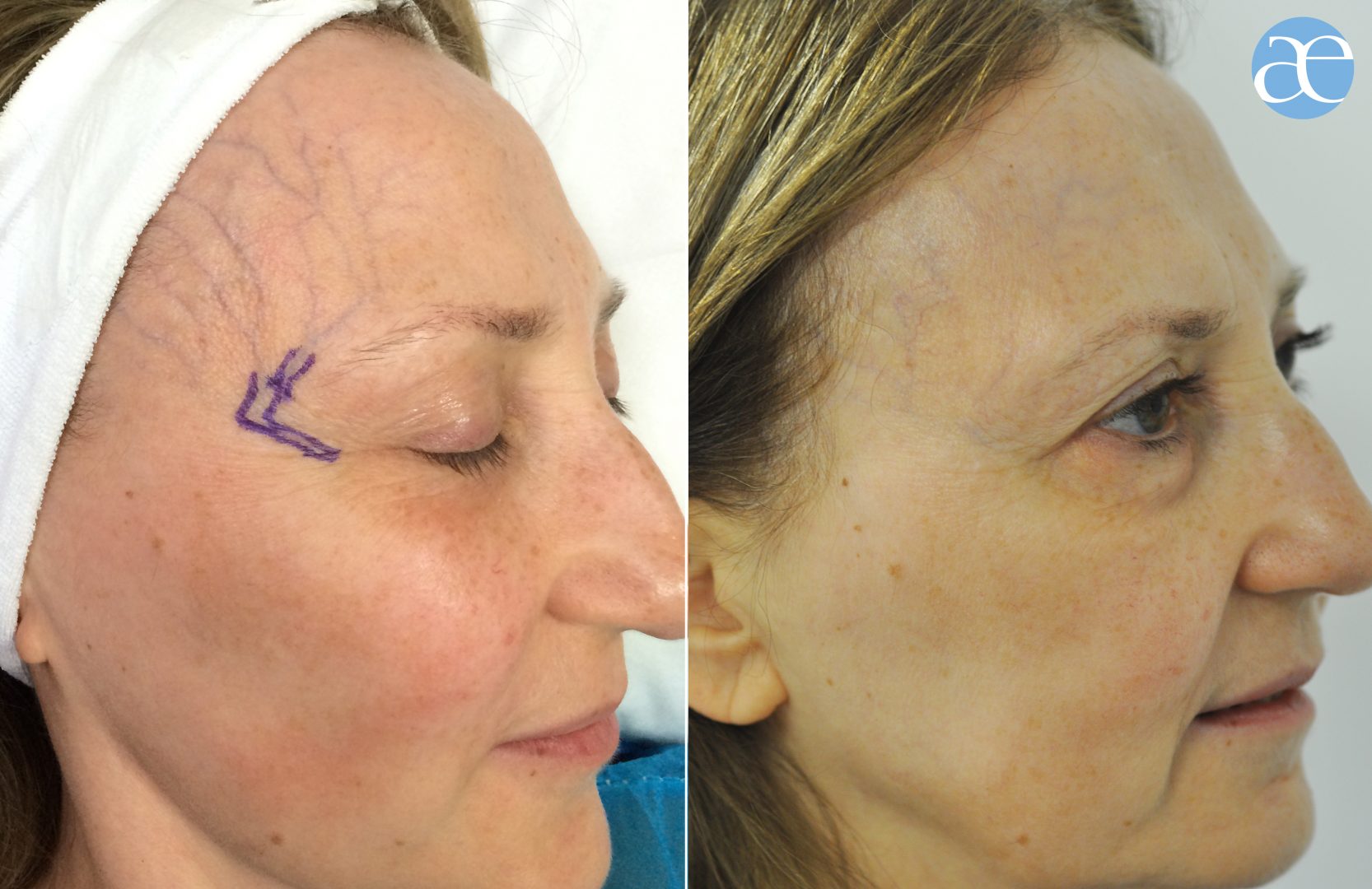 With the recent glorious weather I feel liberated that I am not constantly pulling my fringe over my temples and embrace any gust of wind or breeze.

I cannot thank Professor Whiteley and Vicki Smith enough for their team effort in achieving far beyond which I thought could be possible. It has made a huge difference to my confidence and happiness for which I will be eternally grateful.